Audio Sermons by the Book

How You Can Help 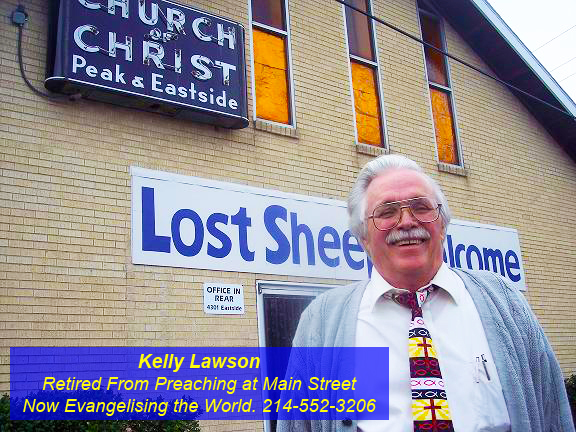 
Twenty five years ago my wife had been in the hospital nine times in diabetic comas and she was down to 80 pounds. I had two heart attacks trying to take care of her and run an environmental engineering company with over a million a year in sales. So I came to Peak & Eastside Church of Christ hoping just to sit on the back row and go to Heaven.


Being the Prodigal Son of this congregation and the greatest of sinners,  I have never thought that I was worthy to be the minister of the Peak & Eastside Church of Christ. Prior to 25 years ago, there is nothing in my life that does not bring me shame. The truth is, I have failed at everything I have ever done in life but this... I have spent 9 1/2 years of my life in prison mainly at the Federal Penitentiary in Leavenworth, Kansas for multiple bank robberies, organized crime and weapons violations.


Many people have asked me "Why don't you write a book?". I could, and it would be a best-seller, like "The Godfather" or "Goodfellas", for I know all those "Wise Guys" well, but I don't want to glorify crime. The truth is, I am living proof that crime does not pay. I have suffered for every transgression


Twenty five years ago I walked the aisle here, confessed my sins, and dedicated what was left of my life to Jesus my Lord. Brother W. O. Scoggins, who had served here as an elder for over fifty years, encouraged me to preach and teach again. He cared not that my 'name was Mud'. He just had that unique ability to look beyond what I was and he could clearly see what I could not... all that I could become in Christ Jesus. I must confess that I don't believe that he is now ashamed because his heart was always with preaching the gospel and ministering to the poor.


After teaching Sunday School and preaching Sunday nights for a few months, the congregation set me apart as evangelist and I refused any pay. I served for three years as an evangelist, associate minister, janitor and cook for each Sunday's fellowship meal under the minister Brother Bill Cofer, whom I helped bury several years ago.


Ivy Conner was hired as the preacher and I continued to help him to the very best of my ability, always believing to the very end that he was my friend and brother. I supported his radio program, and indeed paid much of the broadcast cost personally.


Because of unfaithfulness regarding filthy lucre, the responsibility of this place fell upon me twenty years ago, when there were only 40 of us left. God had well prepared me in the furnace of affliction and his discipline I had well-learned.


We immediately found ourselves under lawsuit by ungodly men for $120,000.00 plus legal fees over a flim-flam scam perpetrated by the previous administration regarding a computer and copy machine. Being a poor Church with no money or assets, this property was in great jeopardy. I immediately sought counsel from:

It was a near disaster, but God delivered us from the snare of Satan.


Soon there were over a hundred seniors here when I began burying them. Twelve years ago, there were only 40 of them left and I have buried all but five of the 40. I loved them all, visited with them in their homes, in the hospitals and nursing homes, protected them, fed them, and served them to the very best of my ability.


I must confess that I have a dog in this hunt. In 1903, the Kelly family and the Lawson families left Tennessee in covered wagons and came to Peak and Main (as it was known then), and helped establish this church. My grandparents were buried here in the 1930s. My parents were married here in 1928, and I was born here in 1944. My parents were buried here in the 1980s. As a boy, I well remember rushing to Lakewood to beat the Baptists to Wyatt's Cafeteria. And to really tell the truth, beat the brethren from Pearl & Bryan and Sears & Summit, too.


To all those whom I have sinned against or offended with my life, I beg you in the name of Jesus to forgive me. He has... and now I finally walk in His paths, preach His word to all the world, minister to the poor, the meek and the downtrodden, and I will sing His praises forever with the saints in glory.

My wife Ginger graduated from the flesh to the Spirit and slipped into the ever loving arms of Jesus on November 28, 2016... Almost a year before, on December 6, 2015 - on the very day we went from 10 to 20 international radio broadcasts, she was taken by ambulance to Baylor Hospital where she caught an "antibiotic-resistant super virus" which caused her to be paralyzed with ADEM. When I got to the Church to preach that morning rats had chewed the microphone and speaker wires and there was no sound system... they destroyed all our back stock of supplies, paper plates, cups, spoons... a whole dumpster full of supplies destroyed by the filthy creatures. What power on earth can kill an evangelist's wife and is lord of the rats?


Ginger suffered long but has gained a crown of life. Now, please pray for me that I can dedicate all the time I spent caring for her to being a better evangelist and servant of the poor.


Update: 3-29-17   Brethren please forgive me for I have been physically, mentally and emotionally exhausted over the past few months after the death of my wife Ginger and I have needed to take some time off to recharge my batteries... at first I thought it was over the nightmare of the past year of her hospitalization... but actually she has been sick for the past 23 years and I have been running on adrenalin taking care of her daily and serving the Church here too. Thanks to everyone's prayers I am getting better and the Lord has kept the "wagon in the middle of the road" during my mental and emotional absence, and He has continued to bless His ministry here at Main Street.


Update: 8-9-17  It has taken me some time to heal enough to update our monthly report to you on our ministry... after missing almost a month from preaching with cataract eye surgery, I tripped, fell and broke both my arm and shoulder in 4 places. I missed another 3 weeks but returned to the pulpit Sunday and preached in spite of a lot of pain - I will not preach while taking pain pills. Our local radio station was off air for 4 weeks before my troubles began, making almost 3 months that our local listeners have thought that we were closed down. Thank God we are back on track and trying to keep the wagon in the middle of the road. We are now also on 770 AM Radio Sundays @ 11 am... our future with 1630AM is uncertain as they are selling their station.

An Open Letter from Kelly 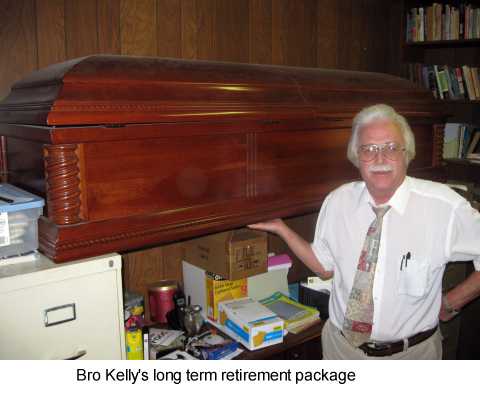 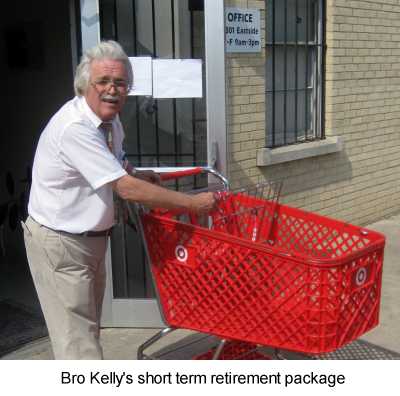